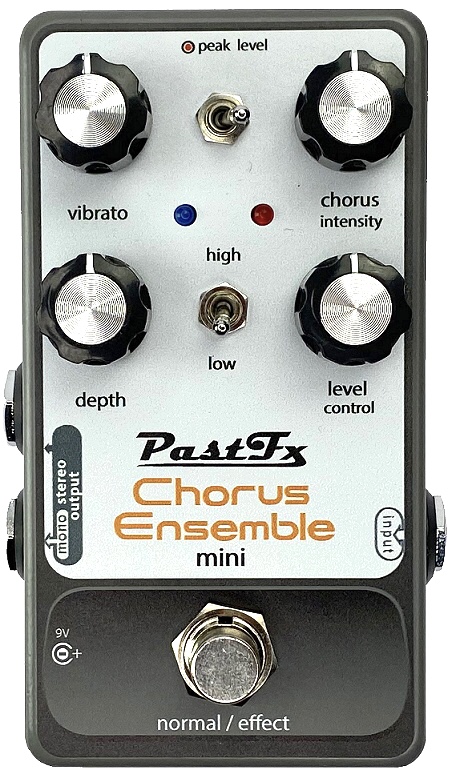 A compact version of the PastFx Chorus Ensemble Deluxe, providing the same sonic experience in a pedalboard-friendly enclosure that boasts the smallest full-featured Chorus Ensemble available on the market.

The PastFx Chorus Ensemble Mini (CEM) is based upon the Holy Grail of Chorus pedals, The BOSS® CE-1. First released in 1976 it became famous for lush Chorus and Leslie effect Vibrato.

The CEM is currently the smallest recreation of the The BOSS® CE-1 available. It is approximately 1/4 of the size and weight of an original. At 40yrs of age, original units can develop reliability issues and require capacitor replacement and extensive servicing. Unmodified working originals are becoming harder to find and are expensive. The CEM requires no fuses and is not powered by mains voltage. With today’s advancements in technology, the CEM operates off the same bipolar voltages as The BOSS® CE-1, however it only requires standard 9vdc pedal power supply. 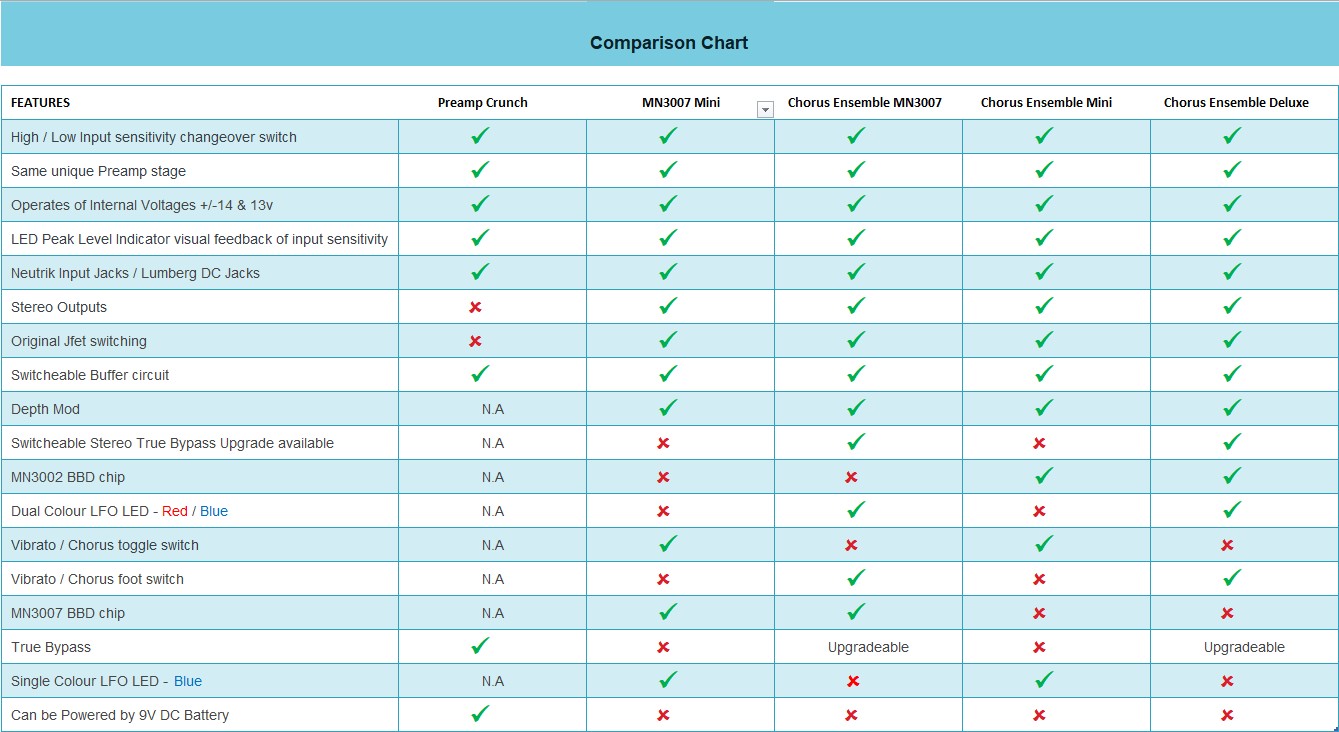