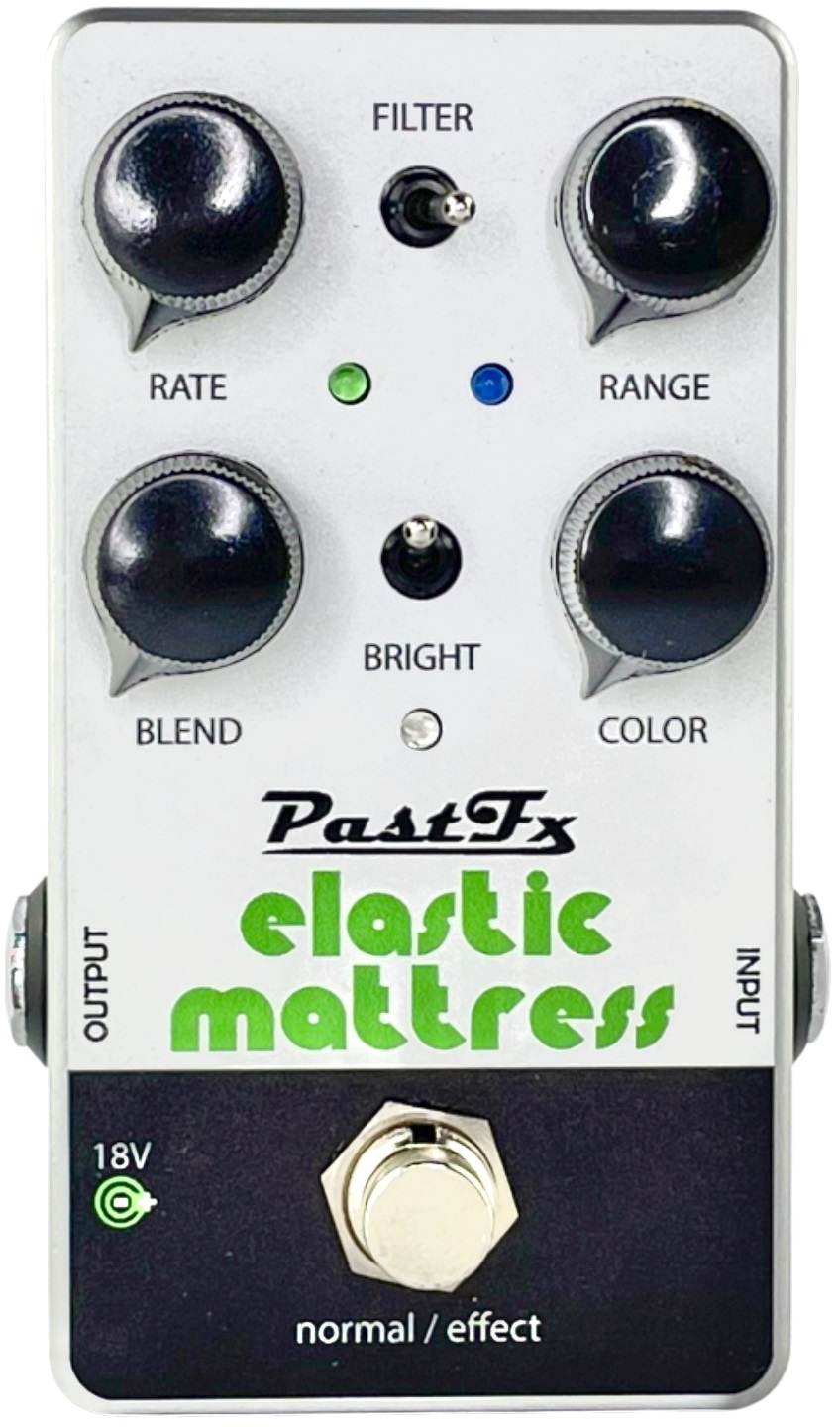 The PastFx Elastic Mattress is our original spin on the famed “V2” version of the Electric Mistress pedal made by Electro-Harmonix in the mid to late 1970s, and famously used in live and studio recordings of David Gilmour as both a solo artist and with Pink Floyd. We have created a pedal that captures the unmistakable lush yet articulate base and swooshing glitz that characterises the original Mistress, but without any of the limitations of the original… and with a lot more control on tap. Indeed, there's quite a lot in common, sonically, with the aural qualities associated with the V2 Electric Mistress—definitely capable of more subtle chorusy flanging, with slightly less saturation and better overall note definition than later EM models. Our Elastic Mattress, true to its name, bends into one’s playing with pillowy grace. In doing so, it retains the unmistakable core tone, vibe, and texture that Mistress lovers and seekers desire. And let’s not forget that our Elastic Mattress can get downright funky, trippy, and wild if subtlety isn't the player’s forte. More modern EM tones are in there with some tweaking, but the pedal excels with its generous range of usable chorus and flanging depth. We believe that this is an extremely versatile EM-style flanger which requires limited pedalboard real estate!

Players will find the familiar external rate, range, and color knobs, but we've also added a blend knob for controlling wet/dry ratio. In addition to the standard EM Matrix feature, which can be accessed by switching its toggle right (towards the corresponding blue LED), we have added a bright switch toggle that allows players to choose between our stock setting or a custom value set by an internal trimpot, allowing players the ability to dial brightness to taste and switch between two presets. There is also an internal trimpot to set the effect's volume level, so you can dial it in to unity gain or even boost your signal when engaged. Altogether, our Elastic Mattress flanger offers all the expected pleasures and sounds of the original EM, but with lots of ability to shape and control the effect in unprecedented ways, in a highly intuitive, compact box. We invite all-comers to lay down a groove on the Elastic Mattress!  :)