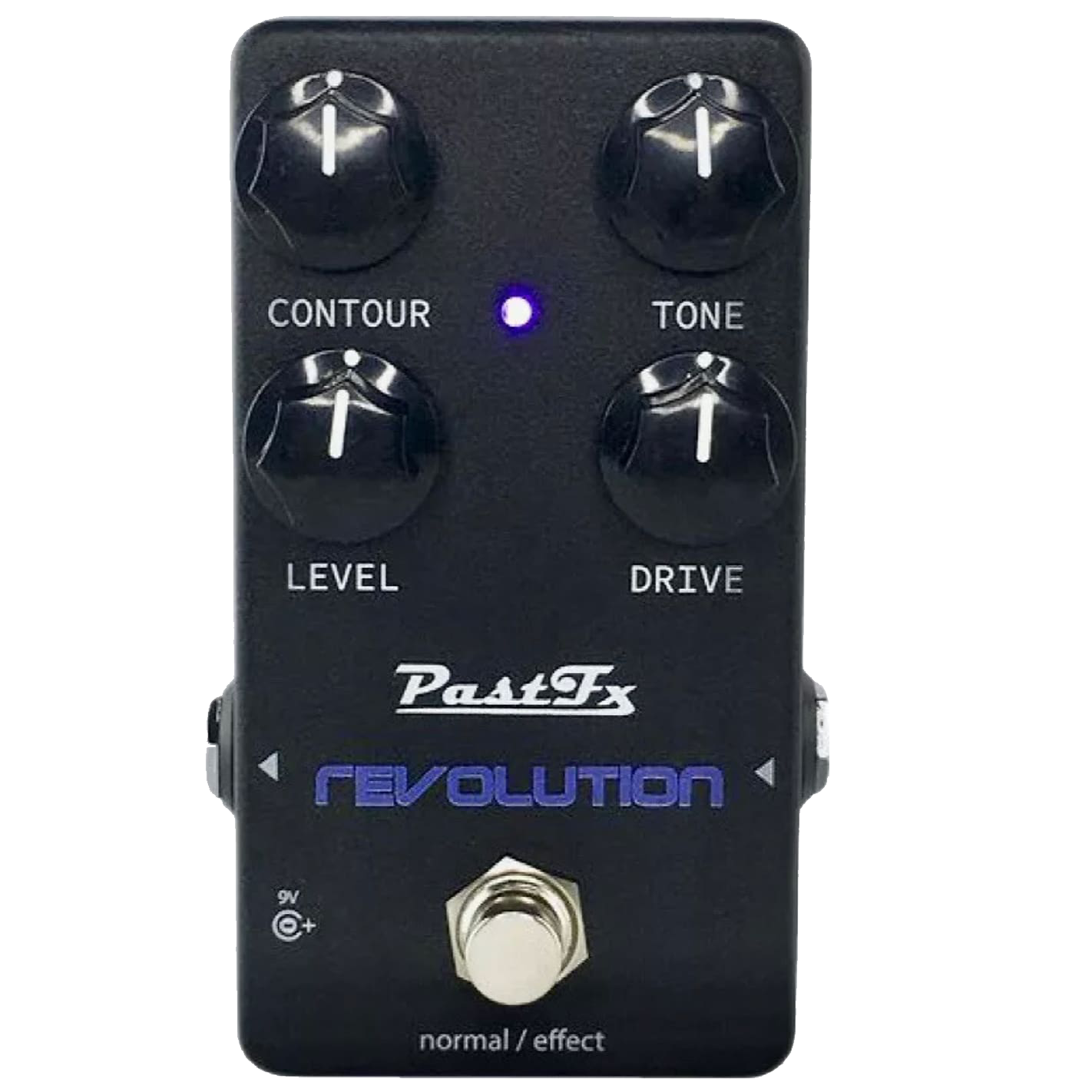 The PastFx Revolution is a faithful recreation and expansion of the Buffalo FX Evolution four-stage overdrive and distortion, an effect originally inspired by the Pete Cornish G-2 distortion pedal. Voiced with a slightly dark disposition, the Revolution broods with Plexi tinged angst and is capable of producing tones that span from crunchy overdrive and biting distortion to searing lead runs smeared with shades of muffy wooliness. Although plenty of grit and saturation can be dialed in, there is ample room to tame the beast or simply fine-tune its tonal character to accommodate any rig and various sonic applications. Throughout the sweep of its medium to heavy gain range the effect remains musical, with a low noise floor. We have added an internal dip switch mod that allows users to select between the “Stock” original circuit or “Boost” mode, which accentuates brighter tonal frequencies in the pedal’s response for a more modern sound that really brings the Revolution to the next stage.