What is the difference between Chorus Ensemble Deluxe (& MN3007 version) &

They both have the same stock Chorus circuit with minor differences being;

Deluxe has a Vibrato/Chorus foot switch, while the Mini uses a toggle switch.

Deluxe has a dual colour LED for the LFO, while the Mini has a blue LED.

Does the MN3007 versions sound the same as the Deluxe models?

They both use the exact same pcb. The only thing different in the signal path is the Bucket Brigade Chip. I have conducted blind testings and still have not had anyone yet be able to pick which is which. Ive even done a test where I used a MN3007 chip inside a Deluxe enclosure Vs a regular MN3007 build. This confirmed  my suspicions  people hear with their eyes! The people involved were surprised when discovering the same circuit was inside. It was an interesting exercise! They all thought the Deluxe sounded better! (even though the MN3007 version was inside both enclosures! ) 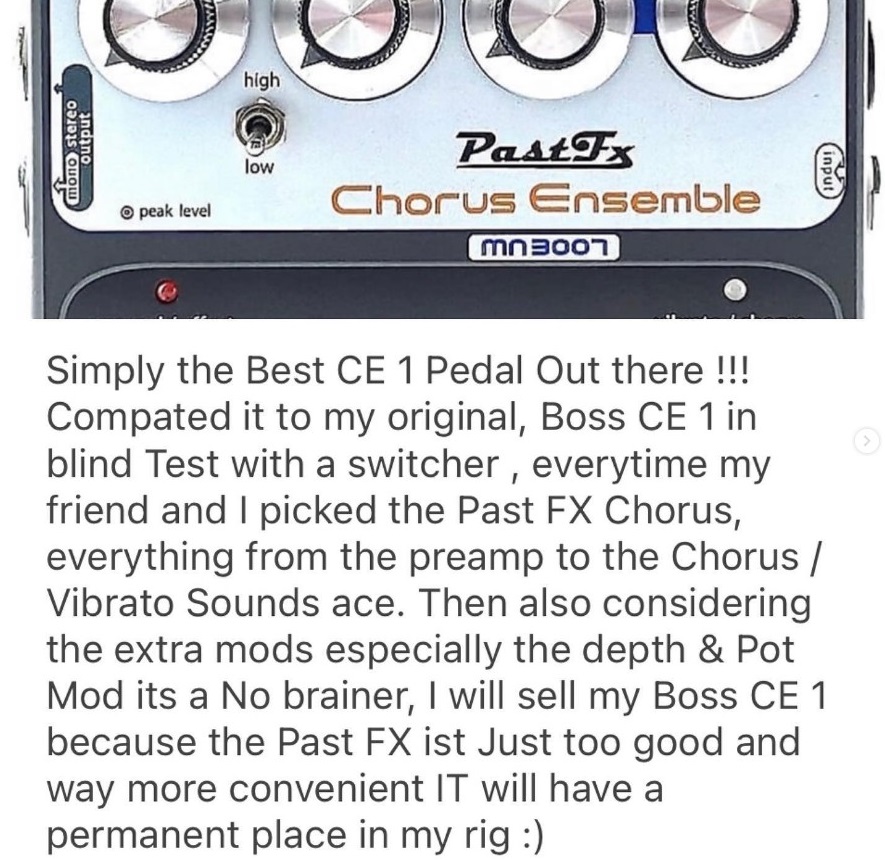 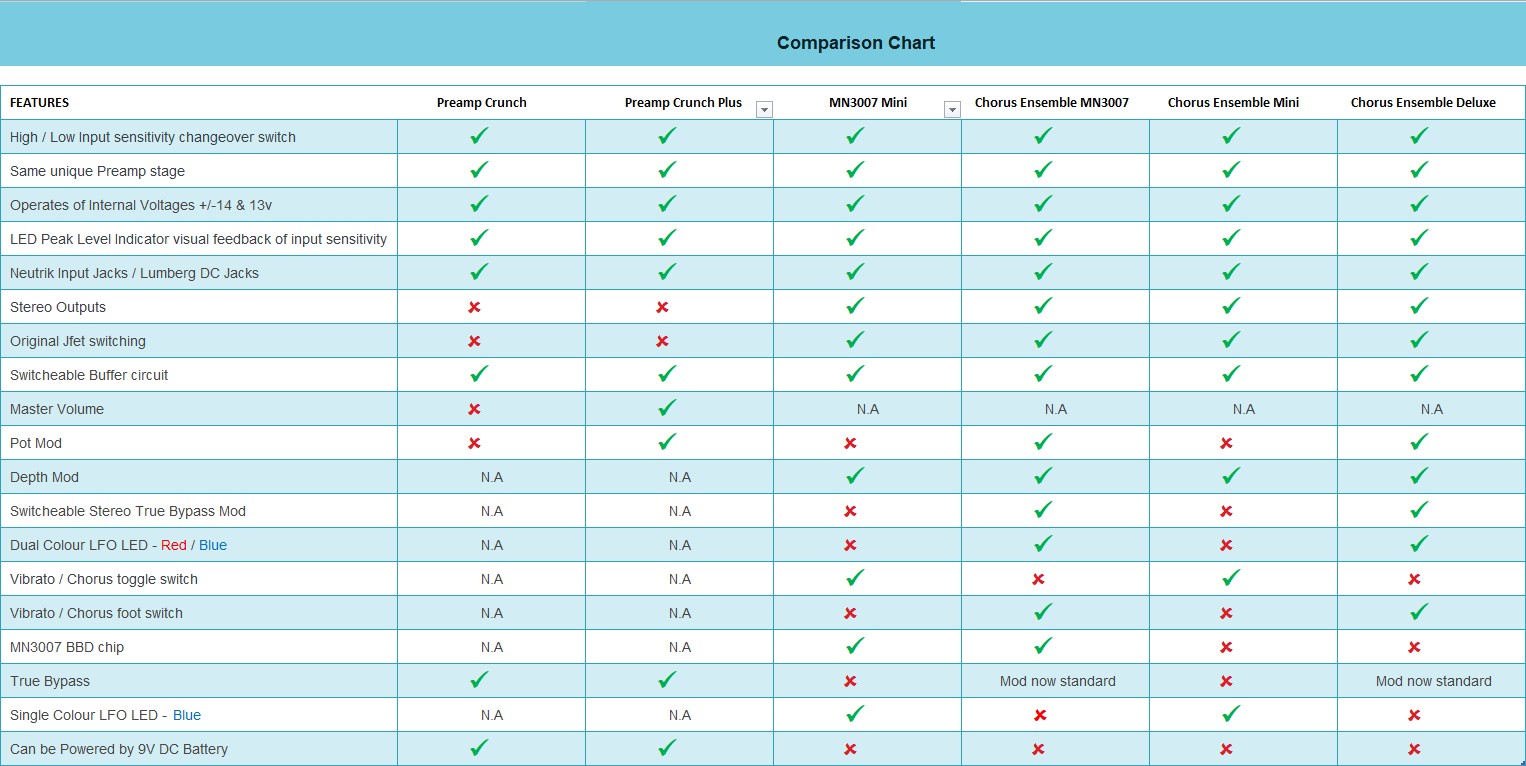 Yes, if a product is temporarily out of stock then you can provide your details through the Contact page. When stock becomes available, these enquiries will be given first option to purchase. We do not request any form of payment until the pedal is ready to ship.

The Chorus Ensemble sounds great! However the Normal/Effect led doesn't work properly. It does not light up at all when the effect is engaged?

What you described is quite normal.

The Chorus Ensemble like the pedal it’s based upon is quite different to today’s pedals :) the LED which is adjacent to the normal / effect switch  isn’t an on/off LED.This red LED is the peak level indicator. It only lights up when the input signal clips.The pedal is functioning as intended.

Our Chorus Ensemble pedals are designed to only operate with 9v DC. There is a unique internal power circuit within the pedal which converts the supplied 9v into the exact same voltages of the original pedal of which it is based ( +/- 14 & 13V).Increasing the voltage will not change any of the pedals performance or internal operating voltages but you may run the risk of damaging the pedal! :) So don't do it!