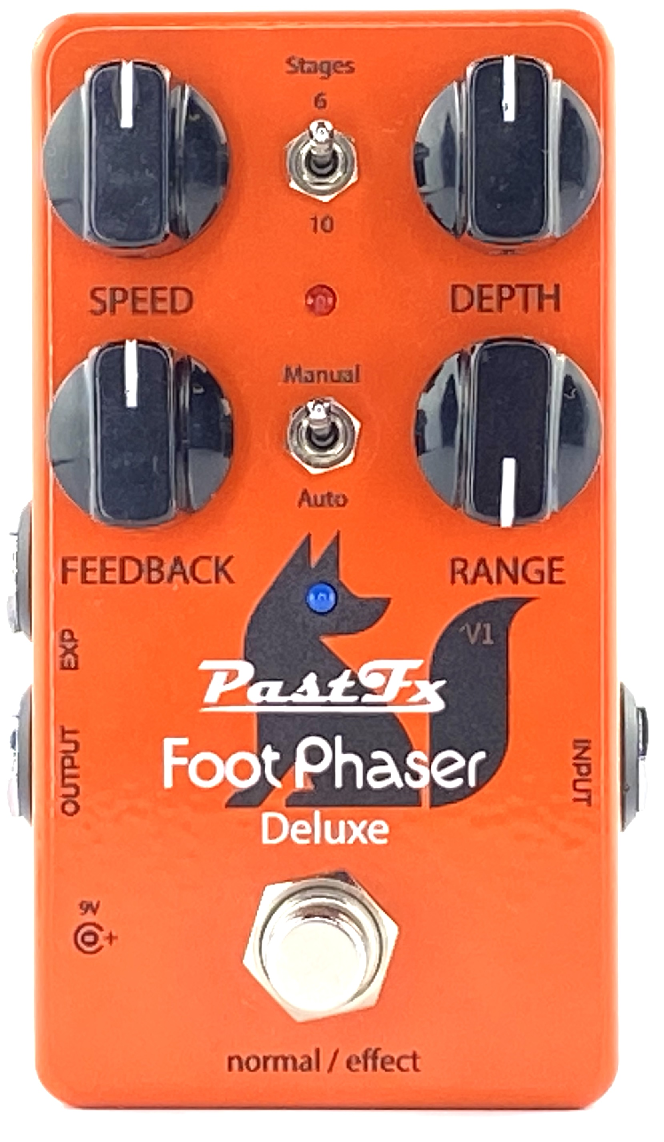 An expanded, feature-rich version of the PastFx Nick James Foot Phaser, based on the Foxx Foot Phaser V1.

The Pastfx Foot Phaser Deluxe is essentially a tricked out Nick James Foot phaser, which in turn is based upon the foxx Foot Phaser V1.

The foxx Foot Phaser is made famous by Brian May of Queen. Made in the 70’s, its treadle design allowed the Phase speed to be controlled by knob or treadle.

Foxx released several versions of the foot phaser with different number of phase stages and circuit design. However it is Version 1’s design that is most synonymous with Brian May.

The Foot Phaser Deluxe requires considerable testing to find a set of 10 matching transistors. This involves testing thousands of transistors by hand, to get the perfect phase.

While being able to dial in the exact settings of the Nick James foot phaser, The Deluxe, can take the tonal options further, and also has an expression extension jack for those who wish to use a treadle to control the pedal